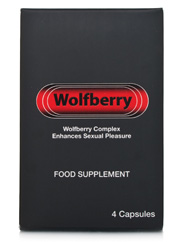 Wolfberry Review – Is it Good for Weight Loss?

This small commonly dried red berry is said to provide a full host of antioxidants with acclaimed weight loss properties. It is most commonly in China where there it is a wide selling cash crop in multiple provinces.

It recently had a major surge in popularity for its supposed wonderfruit abilities to provide a wide range of support for the body. Due to this exposure it then becomes important to distinguish for potential customers to find the reality separate from opinions.

Let’s dip into what this is all about

Commonly found in China, this crop actually has found some popularity in parts of Europe and the US.

It came under scrutiny by the FDA due to manufacturers claiming health properties that  were unproven. The FDA left a notice that it was not beneficial to cure diseases and that it is not recognized as safe.

Canadian watchdog groups stepped up in opposition as well to warn of unproven health claims that had been reported by manufacturers.

A lawsuit was also filed in the US claiming that claims from a Goji Berry maker were unsubstantiated and untruthful. Many positive effects were said to come from taking this product in but there was no evidence provided by the makers.

Contained inside these berries are 18 amino acids which are considered the building blocks of protein. It is also high in Vitamin A for skin and hair health and Vitamin C for the immune system. Also reported inside are antioxidants which protect cells from damage.

As of this date there are no known effects on weight loss.

Wolfberry is an all natural berry that contains some trace vitamins though what is not expressed is the weight loss properties. To satisfy your demand for weight loss we’ve assembled a list for you to enjoy.

Potential Side Effects: May negatively impact when combined with blood thinners or diabetic drugs. Full host of side effects have not been reported due to insufficient testing.

This berries offer a lower sugar content than many similar types of berries. It also supports a huge part of countries economies.

Lacking any credible studies on weight loss and featuring no exemplary reason for weight change leave this with much to be desired. While many claims have been reported in ancient report,  much like other wonder fruits it lacks any real scientific evidence.

The few studies performed were of low quality or with bias therefore they are not considered credible sources.

Another aspect is the high price. Due to them being usually imported it raises the price of this product significantly. For a 16 oz bag of this its is common to find it in the price range of $20 or more.

One thing found by both UK and US import practices is the high rate of pesticides and fungicides found in the crops containing these berries. Often taken from China their standard practice is to make sure the crop survives by increasing the rate of potentially dangerous crop preserving agents.Due to this increase of potentially toxic additives there has been rejected crops by custom agents. However cases of toxicity from these berries has been reported in parts of the US.

Adding to the long list of reported miracle products are these tiny red berries. Due to the long history of use and cultivation these myths of being able to cure many diseases spread outside the country. Often there are products like these claim to work. Unfortunately it has yet to have any benefit leading to actual weight reduction. At the high price point and threat of potential pesticide overload, it therefore makes it hard to accept as an option.

Contained inside are some vitamins that are found in other food sources for much cheaper and with less of a risk for potential pesticides. Affordable priced and  backed by evidence products exist to aid in your weight goals.

Instead of looking for the next best thing that doesen’t have evidence to back up its use you should make the wise choice. We recommend the alternative products that can make a difference in your life.