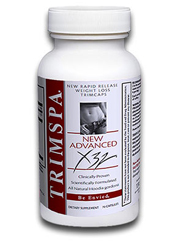 Trimspa Reviews: Is It Safe?

As one of the oldest and most popular weight loss products on the market, it’s no wonder that Trimspa touts itself as a “classic”. Trimspa claims that their X32 formula is capable of relieving hunger to help users feel more satisfied while they lose weight. Trimspa claims that their formula has been clinically proven to result in weight loss, and the product’s enduring popularity may be enough to convince you that this is the case. However, let’s take a look at some of the finer details and see if Trimspa really is the effective weight loss method that it claims to be.

Trimspa is produced by NutriAmerica and Goen Technologies Corp., who both claim responsibility for whether or not their products are actually safe for public consumption. While these companies claim Trimspa to be effective and safe, the product has never been evaluated or approved by the Food and Drug Administration. Trimspa’s official website offers no mention of either of these companies, which may cause potential users to question the producers’ integrity.

Trimspa recommends taking 3-6 capsules of Trimspa X32 per day; two in the morning and 1-2 at midday and in the evening. The propriety formula contained in Trimspa capsules is designed to quell your appetite so that you eat less and lose weight.

While Trimspa claims that its products have been clinically proven to provide substantial weight loss results, online user testimonials prove that this is not always the case.

Trimspa contains 75 mg of chromium and 667.5 mg of what the company calls their X32 proprietary blend.

The main active ingredient in Trimspa’s X32 proprietary blend is an African plant known as Hoodia Gordon, an appetite suppressant that can typically be found in a wide range of weight loss pills.

It may be worth noting that Trimspa X32 capsules also contain the same amount of caffeine that you’d get from half a cup of coffee. Due to this high concentration of caffeine, many users have reported that use of Trimspa frequently left them feeling jittery and nervous. Others have reported side effects ranging from stomach cramps to migraines.

Users who take Trimspa later in the day may also experience anxiety and insomnia.

Trimspa’s official website offers helpful dieting tips, such as portion control advice and information regarding how much water you should be drinking per day.

Trimspa has not been evaluated or approved by the Food and Drug Administration, and neither have its individual ingredients. While some of Trimspa’s ingredients have been linked to weight loss in the past, they have not been clinically evaluated, despite the claims found on Trimspa’s official website.

A lack of information regarding the makers of Trimspa on the product’s official website may call into question the integrity behind the drug and the companies who produce it.

Trimspa also requires users to adapt to a healthy routine of diet and exercise, which may prove inconvenient for people who wish to lose weight but don’t have the convenience of structuring their lives around a healthier lifestyle.

A fair share of Trimspa’s herbal ingredients can typically be found in many other weight loss supplements, which provides piece of mind and may lead you to believe that they must be effective for this reason alone. However, despite Trimspa’s claims, none of its ingredients have been clinically evaluated, so any links between the drug’s ingredients and weight loss are still entirely speculative. User testimonials have also been inconclusive; for every user who claims to have lost weight, there seems to be another who has experienced no weight loss and finds the product’s various side effects to not be worth it.

Due to its popularity in the weight loss market, you may expect there to be something about Trimspa that distinguishes it from other weight loss drugs currently available. Unfortunately, while the company claims that it has been clinically tested, it remains no more proven to actually aid in the weight loss process than many of its lesser-known competitors. Trimspa’s most important active ingredient, the African plant Hoodia Gordon, can even be found in a wide variety of other weight loss drugs, meaning that there’s nothing really special or worthwhile about Trimspa.