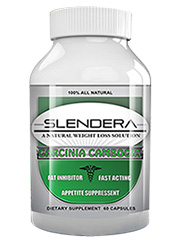 A few years ago the diet pill market had released into it a product known as Slendera. This product was claimed to help boost metabolism, as well as suppress appetite, thereby helping with overall weight loss. Despite it’s claims and the popularity it tried to garner, this product is no longer available.

Since it’s release there have been numerous reports that this product was a scam. In addition to this, there is also very little information available to what this product is, as the official website is no longer available. Today we will dissect this product as much as can, so next time you think you see a product that seems similar to this one, you will know what to look out for.

Not much is known about the company that manufactured Slendera. From the resources that we have checked, we found that the company producing this product was called Remedic Health LLC. Not much is known past this, as the company features no official website. Whether they never had one or went out of business, we can’t say. This can be a tell tale sign of a scam, as scam companies often want to hide as much information as possible about themselves from the public. As far as we could tell, Slendera could only be purchased from it’s own official website when it was still up and running.

Slendera claimed to work through the use of it’s key ingredient, garcinia cambogia. Garcinia cambogia is claimed to work in two ways that help with weight loss: by acting as an appetite suppressant and also stopping extra fat deposits from forming in the body. There were no other listed ingredients, so we have no way of knowing how else this product worked, or what dosing looked like.

There have been many complaints that this product was a scam when it was available. The effectiveness of this product must not have been very good if all people ever wanted to talk about, was how much of a rip off it was.

The only ingredient that Slendera was known to contain was garcinia cambogia. This ingredient was made popular by the likes of Dr. Oz, who is known for the medical advice he gives on his television show. Garcinia cambogia comes from a tropical fruit that is known to contain hydroxycitric acid, which is believed to have appetite suppressing and fat burning properties.

Despite being so popular, there is a lack of evidence to support that this ingredient really can help with weight loss. The Journal of Obesity published a study showing that people who took garcinia cambogia only lost 2 more pounds than people who took a placebo. And that’s with them not even being sure if it was from the ingredient or other factors such as diet and exercise! Diet pills on the top 10 list make sure to avoid ineffective ingredients such as this.

Being a scam that touted a principal ingredient that isn’t known to be effective, we don’t have anything good to say about this product.

On this note, it should also be mentioned that at no point was there any mention of other ingredients that may have been included as well. Yes it is true that the garcinia that was included may be all natural, but what else could there be? Without an official website anymore, or a company website, we will never know.

But most of all, when this product was available, it as known as a scam. People were lured into buying it because the free trial offer was claimed to only be $4.97. What wasn’t mentioned clearly however, was that if people didn’t end their free trial within 2 weeks, they would be charged the full price of the product, which was a whopping $84.97. And that’s not including the auto-shipment program people were enrolled into as well!

And even when people tried to cancel these auto-shipments, some people found that the phone number they were given didn’t work at all! So they would email the company just to be told that they can’t cancel online, that they need to call. And thus a seemingly endless cycle perpetuated itself.

If anything, this product should serve as a template of exactly what to avoid when looking into diet pills. A lack of information plus an auto-shipment program are both red flags that are important to watch out for.

The reasons listed above are all reasons why this product is no longer in existence. Slendera made claims about how effective it was, but when it came to actually backing up it’s claims there was nothing. Nothing at all but a high price tag to people who realized only too late that they didn’t want to have this product at all. Legitimate diet pills would never do this practice. Even though this product is not available anymore, you should be aware that there are other companies that will still try to mimic these tactics.

Always read the fine print, and keep an eye out for diet pills that in no way resemble this one!