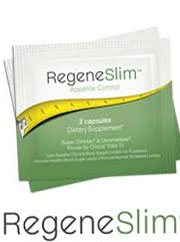 Regeneslim: Is It Safe and Effective?

Regeneslim was a weight loss supplement that was taken off the market after several dangerous ingredients were discovered in its formula. While it allegedly contained ingredients that could help you lose weight by boosting your metabolism, many of its ingredients also had the potential to result in grave and even deadly side effects. Let’s see where Regeneslim went wrong.

Unfortunately, Regeneca has received more than one warning from the Food and Drug Administration for the ingredients they use in their supplements. In 2023, the FDA rebuked them for including an unsafe ingredient named methylhexanamine in their products’ formulas. Then in 2023, it was discovered the Regeneslim contained another potentially dangerous ingredient, DMMA, and Regeneca withdrew the product after another warning from the FDA.

How (and) does Regeneslim work?

According to official information that can still be found scattered across the internet, Regeneslim’s blend of ingredients are intended to result in a boosted metabolism. This should assist your body as it turns the food you eat into the energy you need. Boosting your metabolism allows your body to break down more calories and produce more energy. This means that less of those calories are stored in your body as fat. Sometimes, a boosted metabolism can even make energy out of fat already stored in your body, resulting in the weight loss you’re looking for. For results such as this, you’ll need to stay pretty active.

Unfortunately, there doesn’t seem to be too many independent reviews describing the effects of Regeneslim left on the internet. Researching this supplement and the company that created it simply reveals a lot of information about the various actions the Food and Drug Administration has taken to get Regeneslim off the market. There are only a few scattered reviews left on fitness messageboards that seem to suggest that Regeneslim may not have been very effective.

Until 2023, the dangerous weight loss ingredient DMMA was found in Regeneslim’s formula, leading the Food and Drug Administration to recall the product from the market.

Our top 10 list is a great please to find supplements with natural ingredients.

We’re a little concerned by how many of Regeneslim’s ingredients are associated with Ephedra, a controversial weight loss ingredient that was banned after resulting in deadly side effects. While Synephrine and Methylphenethylamine. Considering how many Ephedra-related ingredients can be found in Regeneslim’s formula, the supplement seems like it could potentially result in side effects as dangerous as fatal liver and heart damage.

Super Citrimax and Methylphenenthylamine are also cause for concern. They’re both associated with Garcinia Cambogia, another ingredient that has been known to result in grave liver damage.

Regeneslim is no longer available for purchase, so you don’t have to worry about its long list of potentially dangerous and fatal side effects.

Regeneslim contained dangerous ingredients that led to the product being taken off the market.

You should look for a better option that won’t cost any more money.

Regeneslim was a weight loss supplement containing a variety of ingredients intended to work together to boost your metabolism. However, Regeneslim was pulled from the market after the Food and Drug Administration sent the supplement’s creators several warnings about the product’s dangerous ingredients.

All things considered, it’s better for you that Regeneslim is no longer on the market. While you may have picked up Regeneslim hoping for it to help you lose weight, who knows what side effects you may have experienced? Who knows if you’d even still be alive? Regeneslim is a good reminder that even when it comes to diet pills, there’s nothing more important than your own health.

It should be easy to find a supplement that is just as effective and totally safe.