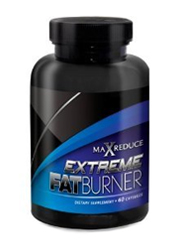 With a website covered in smiling faces and different colored text, MaXreduce claims that it can have it’s users losing weight with a suppressed appetite and raised metabolism. With a 110% satisfaction guarantee, MaXreduce is very confident in the claims that it boasts.

But is there any backing to these claims? Is this product really as good as it says it is, or is it just a dud? Is the woman in the lab coat on the homepage really a doctor, or just an actress with a white coat? We decided to look into this product and find out.

MaXreduce is manufactured by the Iowa based Advanta Supplements. Advanta produces a variety of products, ranging from diet pills to beauty, heart and personal care products. Advanta likes to boast that their products have a quality consistency, and that all are made in the United States. MaXreduce can be purchased on the company’s website, as well as online retailers such as Amazon.com.

MaXreduce claims to work by suppressing the appetite, as well giving the user energy while they burn fat. At the same time MaXreduce claims to keep the user’s mood in high spirits. It does this because it claims that people are more likely to fail on their diet plans when they are irritable or stressed. To get results, users are instructed to take one capsule before 10am while on an empty stomach. If taking a second dose, it is instructed to take it in the early afternoon, 30 minutes after eating. While the dosage can be increased, it is strongly recommended not to take more than  2 capsules a day.

While very energetic in it’s claims, not all users found the results as typical. While some did report a reduction in appetite, they also claimed that they didn’t feel all that energized.

MaXreduce claims that it’s product is a unique blend of ingredients, so much so that the company finds it necessary to change the color of words when they say “unique product”. Using this tactic, MaXreduce tries to act as if it one of the diet pills on the top 10 list. A closer look at the ingredient list reveals stimulants, as well as ingredients that are believed to help regulate the mood and stress levels of the user, because as the company claims, it is these changes in mood and stress that can dictate how much a person eats.

Unlike other supplements that can have you popping pills all day, MaXreduce only needs 1 capsule a day to be effective. If using more than 1 capsule, the daily recommended maximum is at 2.

The problems with MaXreduce can be summed up on it’s own website, on the page labeled “6 reasons to try”. First off to be addressed is the 110% guarantee. While enticing to the skeptical, this guarantee is used in 2 separate bullet points on the page, which really means that there is a lack of positive information to talk about.

The second bullet point on the page mentions that there have been 120 scientific studies done on MaXreduce to show that it is proven to be effective, but when one actually clicks the hyperlink, they are brought to a 404 not found page. Isn’t it interesting, that out of so many scientific studies, not one can be found?

The other points address similar claims about the effectiveness of the pill, but again, there are no real studies mentioned to back any of this up. True, another point does say that one of the ingredients is proven to be effective, but this is really just word play. Just because the one ingredient is effective, that doesn’t mean that this product as a whole is effective.

We all remember that one guy in high school that liked to brag that he could get any girl he wanted at any point because he was just that good. The reality of course was that he was all talk with nothing to show for it. That pretty much sums up MaXreduce.

A lot of diet pills out there like to cater to those who are desperate to lose weight, with the hope that their marketing will lure them in like a worm on a line to a fisherman. MaXreduce is such a product. Not even recommending an exercise plan, this product tries to act like the only thing needed is use of this product to lose weight, which is obviously not true. Better diet pills avoid this practice. For all it’s fantastic claims and different colored fonts, this product falls far short of where it is advertised.