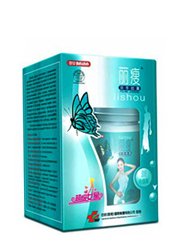 While LiShou does not seem to have its own legitimate official website, research reveals that the product is produced by Yunnan Bai’an Medicinal Science & Technology Co. Ltd. This supplement company doesn’t seem to have its own website either, but a quick internet search reveals that YBMS&T has previously gotten in trouble with the Food and Drug Administration in 2023 due to LiShou’s secret and illicit inclusion of the ingredient Sibutramine, which was banned from the American market in 2023 after being linked to side effects as grave as stroke, artery disease and heart attack. Undisclosed ingredients, let alone possibly lethal ones such as Sibutramine, are the biggest red flags a health enthusiast can come across when researching supplements such as this. You can’t trust a company who doesn’t tell you what they’re selling you, and if you can’t trust them, you shouldn’t buy from them.