Reviews > Weight loss pills > Lipoderm Review – Side Effects. Is it safe for you? Advertising Disclosure 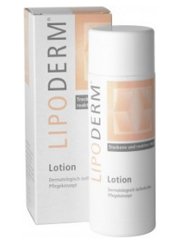 Lipoderm Review – Side Effects. Is it safe for you?

While the weight loss industry is still a long way away from developing a dieting aid that is 100% successful and reliable, new products are created every day. This doesn’t just include diet pills either; weight loss companies are constantly developing new shakes, ointments and even topical sprays that could potentially provide you with the weight loss results you’re looking to get with none of the nasty side effects that using diet pills so often results in. One example of a supposedly side effect free weight loss topical spray supplement is Lipoderm. All you have to do is apply Lipoderm to problem areas such as your thighs, abdomen and stomach, and the spray will start reducing fat to help your body look better.

Considering the fact that even traditional diet pills aren’t always so successful, we’re a little skeptical about Lipoderm. A supplement with no side effects sounds great, but we couldn’t really wrap our head around how this topical supplement actually worked to reduce fat. You might be confused too, but we’ve got the facts on Lipoderm to help you learn the truth.

The name of the company that makes Lipoderm is Avant Research. Lipoderm is just one of several beneficial health products that this company sells. Avant Research was founded in the year 2000. Today, they have a private research facility where they clinically test their products. Unfortunately, the effects of Lipoderm don’t seem to have ever been proven in a clinical setting. If you’re still curious about Avant Research, you can learn more about the company by contacting them via the phone number available on their official website.

Lipoderm is supposed to be sprayed on problem areas like your abdomen and thighs so that it can be absorbed through your skin and start fighting fat. We were disappointed to learn, though, that there isn’t exactly a lot of information out there about how Lipoderm actually helps you lose weight. But inspecting the product’s ingredients, we can see that it contains Synephrine, which is a fat burning ingredient often used in place of Ephedra, a prescription-strength fat burner that’s now illegal in the United States. While Ephedra was found to be dangerous, Synephrine is alleged to be a much safer alternative. However, the safety of Synephrine really remains to be seen.

Lipoderm doesn’t exactly come with ringing endorsements. Independent reviews written by people who have actually given this product a try report mixed results. Lipoderm has apparently helped some people actually lose weight. But for everyone Lipoderm has helped, it seems like at least as many users didn’t lose any weight whatsoever.

Yohimbe HCL: this is a stimulating ingredient commonly found in many weight loss supplements, despite the fact that it doesn’t really possess any weight loss abilities at all.

Caffeine: unlike other supplements packed with caffeine to make you feel energetic, Lipoderm only contains a small amount to aid against water retention.

Octopamine HCL: some believe that this ingredient can improve the way your body’s metabolism functions, to help you burn more fat and produce more energy.

Synephrine: this fat-burning ingredient usually turns up in weight loss supplements in place of Ephedra, the prescription-strength weight loss ingredient that the Food and Drug Administration banned after products that used it started resulting in fatal liver damage.

Are there side effects?

Lipoderm advertises that its topical spray is not capable of resulting in any side effects whatsoever. Considering the reviews we were able to find of the product, this would actually seem to be true. However, Synephrine has actually been known to result in the same kind of fatal liver complications as Ephedra; if there’s any chance that a supplement could have that kind of effect on you and your body, we recommended using it with caution.

Use of Lipoderm is not supposed to result in any nasty side effects, and judging from this product’s reviews that actually sounds like it’s true.

Considering how new topical products like Lipoderm still, their creators are still working to perfect them. It’s pretty likely that Lipoderm won’t be as effective or reliable as a more traditional method of weight loss, like a diet pill or a weight loss shake. While it may not result in any side effects, this is pointless if it’s not effective, either.

There are better pills and supplements available for the same amount of money.

While topical supplements are not supposed to be able to result in side effects, the presence of a possibly dangerous ingredient still makes us reluctant to recommend this product. You may be better off just finding a reliable, more traditional weight loss aid, like a diet pill with fat burning ingredients.

You should look into diet pills that are safer and more effective.