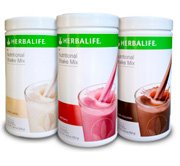 What is Herbalife Shakes?

Featuring a host of vitamins and minerals alongside protein for meal satisfying shakes. These meal replacement shakes come in numerous forms and feature a base formula entitled Formula 1.

One can purchase and add even more to this mix by adding extra protein, a powder blend for additional weight loss and a mix which gives more energy and makes it easier to eat less.

So far there’s an abundance to take in, so let us delve further. 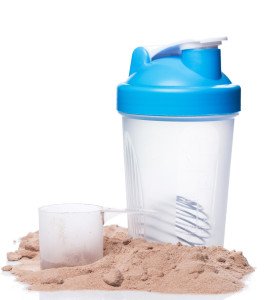 Created in Los Angeles in 1980, now Herbalife International plays to its namesake by being a global provider of nutritional supplements.

This multi level marketing brand essentially lets employees market and sell their brands for them. Due to this practice the Federal Trade Commission is currently in the middle of an investigation over the companies practices. Some have alleged the company runs a pyramid scheme and the FTC is checking to see if these allegations are certified.

The basic formula is a blend of soy protein and vitamins. As a meal replacement it goes alongside exercise and should replace upwards of 2 meals daily.

The company also sells products that can be purchased for even more gains in terms of fiber, fat burning and energy. These 3 separate products feature similar ingredients to the base formula, however they have one unique characteristic to distinguish them(more protein, CLA, or even more protein but from whey and soy).

It’s odd though when reading the ingredients they are virtually identical. It also makes no sense as to why they decided to include more protein away from the base formula. The only explanation is a clear money grab for an extra boost of already featured ingredients. For example one protein add on has more protein and that’s basically it, every other additive is similar or exact.

People have reported a distrust of their formulas due to the addition of GMO soy which is a less preferable protein addition.

As outlined previous, the product instead of just providing wholesome non GMO soy or at least having adequate protein, is meant to be purchased alongside other expensive add ons that should have been included into the original shake. For less costly and more satisfying ingredients one has access to the very best in the top 10 listings.

There’s plenty of flavors available and each one has its own nutritional label one can read before sampling. Also some may like the additional products available by the company which have been formulated to work alongside their basic shake formula 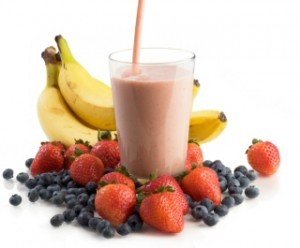 A lacking feature of this product is overall functionality, to get the best out of this product one has to tack on 3 additional add ons into their blend. This raises the overall sugar which is already high in the basic formula. It also becomes costly to have to purchase so many other products. It also becomes pricy to have to buy all different types of goods. Other than more money for the company, there is no reason why they couldn’t have amped up the original formula.

Also concerning is that one cannot escape the addition of soy. Even one of their add ons which contains wholesome whey protein is mixed alongside GMO soy. This makes it hard to embrace the product as it’s flawed from the beginning. The potential dangers of soy have been outlined before and they include a chance of hormone disruption and difficult to process body reactions.

The sugar aspect is one to look out for especially when losing weight. It really reduces the quality of the product considering it is not only not necessary, but not optimal for good health.

There’s a wide distribution network offered by the company which makes it an easy product to find. However one still must go through an intermediary instead of the company direct. Also to reap all the benefits of a meal replacement product one has to add a bunch of expensive products that should have easily been included into their original formula. Instead of gets a product that bases its protein off soy and contains a high amount of cheap sugars.

Finding a proper meal replacement plan should not really on taxing add ons that complicate the process of losing weight. Take part of the offerings featured in the top 10 listing of the best shakes.

Finding the proper meal replacement strategy requires a breakdown of the ultimate shakes available. Realize the potential in the top 10 list and see what once can expect when supplementing with the right product.

2 thoughts on “Herbalife Shakes Review – Does it Really Work?”