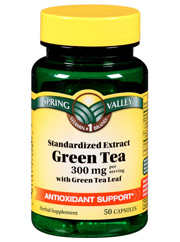 Green Tea Review: Is It Safe?

What is Green Tea?

This very popular tea comes from the camelia sinensis shrub that is native to parts of Asia. It is often added to supplements for weight loss and frequently drank as a tea for the same reasons.

Currently there are a ton of reported health claims about this ingredient and many assert it to work wonders on the body. With a huge range of popularity and public acceptance it makes it even more important to understand what it actually does.

So let’s dig deep and see what we uncover,

Commonly found as an extract, it is widely featured as an additive to many weight loss formulas. Due to its caffeine content brands usually note the amount of caffeine as even decaffeinated it will still leave residual amounts intact.

It’s important to watch over the intake of stimulants, even naturally sourced ones may cause undesired side effects.Tracking caffeine content can be tricky as it’s very easy to unknowingly take a high amount without be aware of its strength. Making sure manufacturers that feature this ingredient state its strength therefore becomes important.

Some manufacturers that include this extract have shown less antioxidants than the actual green tea you can find in stores. Also testing has shown a  range of caffeine and antioxidants in certain batches. Due to the nature of processing this ingredient can differ in terms of quality.

Green tea has several components inside of it that are supposed to provide antioxidant properties. This includes EGCG, catechins, and polyphenols. Polyphenols may actually leach vitamin absorption including protein. EGCG meanwhile are used to treat body fat( though no studies have shown this), it has shown a possible carcinogenic effect in certain doses.

Right now the believed fat burning potential relies on the amount of caffeine found inside. Due to it stimulating the body and increasing temperature, it may aid in small amounts to a better metabolism. However this effect has been mostly shown in people who don’t consume caffeine regularly. Also relying on a slight thermogenic effect may have modest to no changes in body weight depending on numerous factors.

While Camelia Sinensis or Green Tea is naturally occurring, it does have caffeine in it that may cause disturbances in some. For stimulant free weight loss we suggest a list of products that are highly rated by customers.

Currently the prevailing research tells the same story, this product has not shown reliable effects in terms of weight loss.

While the caffeine inside may provide a stimulant effect that affects metabolism, it’s important to realize better and more wholesome choices exist for fat loss. These effects have mixed results to no results in studies therefore it cannot be seen as a comprehensive solution.

Also problematic is the increase of price due to its addition in supplements. It would be cheaper to buy in tea if needed. Though some may not like the taste of green tea and for others it may be too difficult to get the real loose leaf that is more expensive and of better quality.

There has been a reported effect on liver failure for someone taking Green Tea Extracts as well. Typically in supplements extracts are added which may not be processed correctly. This in turn can result in less antioxidants or at worse an excess of caffeine.

Though Green Tea may provide a potential use in terms of reducing bad cholesterol, it has not shown reliable evidence to prove it can aid fat loss. Currently the one thing working in it is most  likely the caffeine. However this is not a long term solution and in fact in some it remains useless. Considering that this product is widely available as a drink makes it more commonplace, but beyond just a beverage there isn’t much to showcase it as a potential weight loss tool.

There’s a long history of use and popularity for this ingredient that many now accept as a  way of getting healthy antioxidants. Depending on the type of way it is processed it may not have the exact amounts you need for any benefit.

However in its pure tea form some may want to use it to benefit a change in body weight. This change has yet to be proven, that’s why alternate supplements that work and have a history of aiding fat loss were created.