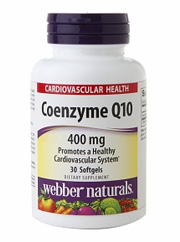 Coenzyme Q10 Review – Is it Good for Weight Loss?

What is Coenzyme Q10?

An antioxidant that is made naturally in the human body, Coenzyme Q10 (CoQ10) is essential for basic cell function. Decreasing in amount with age and found in low amounts from people who have diseases such as cancer, muscular dystrophies and Parkinson’s disease, CoQ10 can be purchased in supplement form for those who have a deficiency of it. It is also been known to be used in diet pills.

While mainly used to treat cancer and heart failure, Coenzyme Q10 has also been used by people who are looking to boost their energy levels, as well as recover from exercise. But is it effective in helping people lose weight? Or is this just one of those ingredients that diet pill companies include in the ingredient line up that sound more effective than they really are? We decided to check and see if this ingredient actually is effective.

Simply put, Coenzyme Q10 comes from us! We are all natural producers of CoQ10. CoQ10 can also be found in trace amounts in foods. Even so Coenzyme Q10 can be made synthetically. Various companies produce synthetic versions of CoQ10, either as supplements or as an ingredient in diet pills. Companies that produce CoQ10 include Nature Made, Royal Crest and Qunol to name a few. Coenzyme Q10 can be purchased both online and in stores.

As we age, the levels of this vitamin-like substance decrease, which means that we may need supplements to replenish these levels. These supplements are synthetic, however they are chemically nearly identical and can help in the same way. Coenzyme Q10 is used to help with cell growth, as well as maintenance. CoQ10 also acts as an antioxidant, and protects the body from harm that may be caused by molecules that have entered the body.

Despite being an antioxidant and helping with cells, it’s effectiveness in regards to weight loss remains uncertain, as there is no evidence that this can help burn fat, raise metabolism or suppress appetite.

Inside the body, CoQ10 exists in two forms: ubiquinone and ubiquinol. The active ingredient in CoQ10 is ubiquinol which is made in the body from ubiquinone. CoQ10 may be measured in plasma, as the measurements depend on dietary intake rather than how well tissues are doing. The most common way to measure this substance is from either muscle biopsies, blood mononuclear cells or cultured skin fibroblasts.

For information on diet pills that have all natural ingredients such as this one, check out the top 10 list.

Coenzyme Q10 is known to help people who have cancer or who are experiencing heart failure. In these cases CoQ10 can be incredibly beneficial.

While there are positive benefits of the ailments that CoQ10 can help treat, in regards to weight loss there is little evidence that this substance can help. It is true that CoQ10 can raise energy levels, but there is no evidence it can boost metabolism, start thermogenesis, suppress appetite or burn fat. True, fat burning may happen from the raised energy levels, but that’s only if the user is physically active.

There is also a long list of adverse effects associated with this product. In addition to what was previously talked about above, people with liver problems, women who are pregnant or breastfeeding, people who have stomach disorders, get migraines, and people who are diabetic may also all be effected negatively.

To top it off though, unless are already at an advanced age or sick, your body already produces CoQ10 at high enough levels for you to be healthy. So in this case, there really is no need to take this supplement.

There is no doubt that Coenzyme Q10 has it’s uses. However, if you are already generally healthy or looking to shed off a few pounds, use of this substance is pretty pointless.

While included in diet pills, the fact of the matter is that this substance is not known to help with weight loss. There are things that it can be beneficial to use for, but losing weight is not one of them. It’s also important to consider the negative side effects that may be associated with use of CoQ10. There are other dietary supplements available that are much more effective in helping people lose weight. If you are old or sick with a disease like cancer this may help you, but otherwise there is no point in taking this supplement.