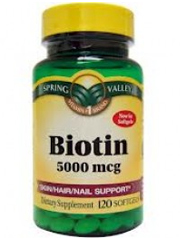 Biothin reviews: Is it safe?

Biothin was part of a line of weight loss products marketed by Mercola.com, the online store of Joseph Mercola. All weight loss pills claim to be capable of helping users get in better shape, but Biothin’s claim is perhaps the weightiest of them all. By taking Biothin, users would supposedly be able to lose thirty pounds in just ten weeks. Unfortunately, Biothin was just one of many products distributed by Mercola that has proven to be controversial — so controversial that production of Biothin has since ceased.

Considering the fact that Biothin is no longer available on the market, you don’t really need to worry about comparing it to other products to see which one is best for you. Still, it can be important to understand why drugs such as Biothin are ineffective, so that we can know to avoid similar products in the future. Now, let’s take a look at Biothin and learn what was wrong with it.

Biothin was produced and sold by Joseph Mercola, a controversial proponent of alternative medicine who sells a variety of weight loss products through his online website. In 2005 and 2006, the US Food and Drug Administration warned him to stop falsely advertising his products with illegal claims, and his business and marketing practices have been criticized by publications such as BusinessWeek.

Biothin was to be taken three times a day with a healthy low calorie diet. Judging from the ingredients present in Biothin, it seems that the product was supposed to act as an appetite suppressant while boosting the user’s metabolism, providing a healthy sense of feeling full while simultaneously improving the way your body utilizes fat and energy.

As Biothin has been discontinued, it can be difficult to find any reviews of the product. User reviews that still exist online seem to be split down the middle, with one side claiming to have lost weight and the other accusing Mercola of being a snake oil salesman.

Biothin is comprised of various ingredients, some of which have not been clinically proven to possess any weight loss properties. The first two ingredients in Biothin are pomegranate and ginger root, neither of which have any effect on weight loss. The presence of Garcinia Cambogia on the other hand, may give the product the ability to boost your metabolism. Apple cider vinegar and cayenne pepper are also present, for their appetite suppressing and metabolism boosting properties, as well as Irvignia, which turns off hunger signals in the brain, Hoodia, an appetite suppressant that doesn’t appear to be very effective and Fucoxanthin, a brown seaweed derivative with no proven benefits.

There are no known side effects of using Biothin, but one of its principal ingredients, Garcinja Cambodia has been linked to cases of liver damage in the past, and products containing the ingredient have been previously pulled from shelves. This may explain the discontinuation of Biothin as well.

Biothin is no longer available, so you don’t need to worry about comparing it to other weight loss products.

The creator of Biothin seems to be an untrustworthy businessman selling fake products. There is probably a good reason why Biothin was taken off the market. This reason may have something to do with the inclusion of Garcinia Cambognia, which has previously been linked to liver damage.

Biothin was a weight loss product sold by the controversial and untrustworthy Joseph Mercola. Designed to suppress users’ appetites while boosting their metabolisms, Biothin was eventually removed from the market and discontinued, possibly due to the inclusion of the ingredient Garcinia Cambognia, which has previously been linked to liver damage.

Fortunately, due to the fact that Biothin has been discontinued, we don’t really need to worry about including it in the conversation of which weight loss method is best. However, by inspecting the failure of the product, we have learned that it’s always a good idea to look into who might be selling these products. While weight loss pills that have actually been clinically studied and proven to be effective do exist, there are just as many snake oil salesmen such as Joseph Mercola on the market peddling their ineffective and overpriced wares to unsuspecting customers just looking to lose a few pounds. Only by educating yourself can you be sure to know how to avoid phony products like Biothin.