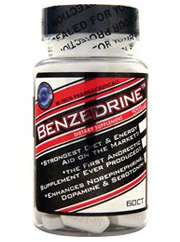 Benzedrine Review – Is it Good for Weight Loss?

Having existed since the 1800s, Benzedrine is an amphetamine that has been used for a variety of reasons, weight loss being one of them. Benzedrine is known to help curb the appetite of it’s users, as well as being known as a stimulant. There is however, a potential for abuse with this product.

Just because a product can help people lose weight, that doesn’t necessarily mean that it’s safe for human consumption. In the following article we will break down exactly what this product was, and give you the information you need to make better decisions when looking into diet pills.

Benzedrine was manufactured by Glaxo Smith Kline (GSK), which has it’s headquarters in the United Kingdom. In the 1930s when Benzedrine inhalers were widely available, this product was manufactured by Glaxo, Smith & French, which was later absorbed into GKS. Glaxo Smith Kline has been known for producing a variety of pharmaceutical, nutritional and healthcare products. Once more widely available, currently Benzedrine is not available for purchase in it’s original form. However there are other companies out there that do manufacture products with the Benzedrine name, such as Hi Tech Pharmaceuticals.

Benzedrine was as an anoretic, meaning that it suppressed the appetite. In addition to this, Benzedrine was also known as a stimulant, however much more powerful than an average cup of coffee. This is because Benzedrine is an amphetamine. The way that this product worked was through stimulating the central nervous system. Amphetamines are also known as aphrodisiacs and help improve mental cognition, which have made them popular for recreational use.

While Benzedrine was known to help people lose weight, it was also known for it’s high potential for abuse. It is this potential abuse that would later get Benzedrine removed from the market entirely.

Benzedrine  is a race mixture of amphetamine, meaning that it has equal amounts of enantiomers on the left and right hand sides of a chiral molecule. Amphetamines have been used for other ailments other than weight loss, some of which include narcolepsy and Attention Defecit Hyperactivity Disorder (ADHD). Amphetamine use is also known to give a tolerance over time, which may then lead to addiction. The sense of euphoria that this ingredient gives it’s users also contributes to addiction as well.

This product is also known to be highly addictive. It’s use is not recommended.

If you are more interested in diet pills that are not addictive and made from all natural ingredients, check out what the top 10 list has to offer.

Even though this was effective in helping people lose weight, any benefit from this product is easily outweigh against the negative aspects of this product.

Benzedrine was known for it’s high potential for abuse, which is why it ended up getting taken off the market. This is because this product is an amphetamine. Reports of abuse of this product date back decades. Being such a powerful stimulant, it would not be wise to use this product with other stimulants.

There are other companies nowadays that also claim to have some form of Benzedrine product. However it should be noted that none of these are like the original, only made with ingredients that are meant to simulate the same effects. Some of these companies, such as Hi Tech Pharmaceuticals, also don’t have http secured websites, which makes us wary about giving them any credit card information.

Just because a product can help you lose weight, that doesn’t mean that it’s good for you. If there was ever a lesson about what to stay away from, this product would be a prime example.

Diet pills have changed since Benzedrine first hit the market. What was once thought to be safe has been found out to actually be dangerous. With this product, there was a high risk of abuse, which is ultimately why it was discontinued. Nowadays you can find much safer, more effective diet pills. If anything Benzedrine should serve as a lesson on what you should not have in a diet pill.

We recommend looking into other, safer dietary supplements.