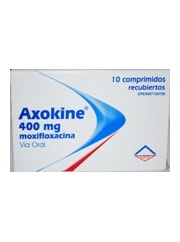 Axokine reviews: Is it safe?

Initially developed to treat ALS or Lou Gehrig’s disease, Axonine was retooled as a weight loss product after it was clinically found to produce a loss of appetite in test subjects. However, after heavily reported studies in 2003 found that the drug was apparently incapable of yielding substantial weight loss results, Axokine’s parent company gave up and put a stop to its plans to produce the drug. To this day, Axokine is unavailable in either prescription form or over the counter.

So what went wrong with Axokine? It may seem to be a waste of time in looking into a product that was never marketed in the first place, but an understanding of the weight loss market is not complete without an understanding of why some products are less effective than others. If we can understand why Axokine failed, we can get a better idea of how products that are unlike it may be more effective. So let’s take a look at Axokine and see if we can figure out why things went wrong.

Axokine was developed by Regeneron Pharmaceuticals, which operates out of Tarryton, New York. Shares of the company lost more than 50% of their value after Axokine failed to produce significant weight loss results in its first clinical trial. A lack of significant results eventually resulted in Regeneron abandoning the Axokine project, pulling the product from the market and making no effort to continue its production.

As production of Axokine came to a halt before the product even hit shelves, it’s unclear as to how users would have taken the product, or how it would even be marketed. Of course, there is no Axokine official website, and very little information regarding the failed product unrelated to its cancelation is available online. All that is really known about Axonine’s capabilities is that it was allegedly supposed to work as an appetite suppressant that would work by inhibiting the processes in your brain that make you feel hungry.

Due to hype surrounding Axokine, tests involving the process were watched closely. However, after the tests yielding disappointing results, analysts agreed that the results didn’t support a commercially viable product. While work continued on the drug until it was able to pass FDA standards, its results were still relatively insignificant when compared to other products already on the market

As Axokine never reached the market, its ingredients were never publicly disclosed and are still unknown to this day. Other appetite suppressants usually contain a mix of herbal ingredients designed to make users feel full so that they eat less.

As Axokine’s ingredients were never disclosed, any side effects that may have resulted from use of the product remain unknown as well. However, initial studies of the drug did not result in test subjects experiencing any side effects.

Use of Axokine was safe enough for the product to meet FDA standards, and no side effects are known to result from use of the drug.

While no side effects were observed in the initial testing of Axokine, the drug did seem to produce an unusual effect in the bodies of test subjects. When proteins such as Axokine are injected into the body, your immune system can sometimes perceive them as foreign invaders. This results in your immune system producing antibodies to combat what it interprets as a threat to your body. Clinical studies revealed that up to 70% of subjects yielded disappointing results due to an unusual amount of antibodies produced in reaction to the presence of Axokine in the human body. This percentage is much higher than those found in studies of other weight loss drugs and certainly raises questions regarding the effect Axokine had on the human body.

After Axokine was found to produce weight loss effects while it was being researched as a treatment for ASL or Lou Gehrig’s disease, its parent company Regeneron attempted to market it as a weight loss drug. However, while the product was eventually approved by the FDA to be safe for use, clinical tests of Axokine yielded results too insignificant for the drug to be profitable. After these disappointing results were made public, Regeneron stopped working on Axokine and the product never made it to the market.

Due to the unavailability of Axokine on the market, you don’t have to worry about comparing it to other, more effective products. Unfortunately, not enough information is available about Axokine to even understand why its results were so ineffective and disappointing. While tests may not have revealed any side effects, the human immune system’s increased production of antibodies in response to encountering Axokine raises questions about Axokine’s never disclosed ingredients. Ultimately, there is a reason this product is not on the market.