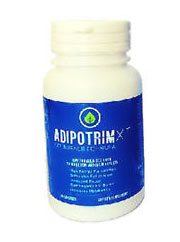 Every once in awhile a product appears on the market that while at first seeming good, eventually is proven to be much more unsafe than originally thought to be. This is the case of the diet pill named Adipotrim XT. While it was claimed that this pill could help users lose that extra fat that they wish was imaginary, Adipotrim XT contained certain ingredients that made it unsafe.

So what was wrong with this product, and why did it have to get recalled? In the following article we will cover this diet pill, what worked with it, what didn’t and how you can use this review to catch other questionable products in the future.

Adipotrim XT was created by Puerto Rican based Deseo Rebajar Inc. Deseo Rebajar, unlike Adipotrim XT, is still around and produces a variety of other dietary supplements. This includes a different version of Adipotrim called Adpotrim Elite. Despite being sold in the United States, the company’s website is still entirely in Spanish. Adipotrim XT has been discontinued and is no longer available for purchase.

Adipotrim XT claimed that it could help boost metabolism, while at the same time cleaning out the digestive track of toxins and anything that was acting as blockage. It was also promised that carbohydrates would be blocked from being absorbed, and that Adipotrim XT would also help turn food into energy. All this was supposed to culminate into weight loss unlike anything users had seen or heard of before.

Adipotrim XT featured on it’s website various ingredients that were included in it’s product that were marketed for being all natural. This is a common technique that other weight loss companies use, the effect being that the potential buyers will trust the company more with this admittance. Although all these ingredients seem good on paper, Adipotrim XT also featured one more, unmentioned ingredient: fluoxetine. Fluoxetine is a Selectve  Seratonin Reuptake Inhibitor (SSRI), an ingredient that has been known to cause adverse reactions.

While the official website stated that the only side effects that may happen were abdominal pain and dry mouth, there was something else that the company was hiding. The hidden ingredient, fluoxetine was also known to cause abdominal bleeding, suicidal thoughts, seizures and sudden death.

For more information on diet pills with all natural ingredients, please check out the top 10 list.

Adipotrim XT claimed that it could help users raise their metabolism while at the same time cleaning out their digestive tracts. Hitting two birds with one stone never seemed so good.

For the population of people who knew about Adipotrim XT when it was on the market, they knew that to find out more about the product, they would have to navigate the company’s Spanish language website. If they knew Spanish already that was one thing, but otherwise there was an obvious roadblock for those that wanted to pursue the product. And sure, online translators can work, but those aren’t 100% accurate. So much time, so much effort spent into researching a product that came from a place so far away.

Few reviews on Adipotrim XT can be found online, which is a bad sign if no one has ever even tried the product. When this happens companies like to default to their own testimonials, and just like other products, Adipotrim XT featured before and after shots of people who had reportedly used the product. Images however, can be deceiving.

But the biggest downside of this product was the inclusion of fluoxetine. When the FDA found out about it’s inclusion, it was immediately noted. Before further action could take place, Adipotrim XT was pulled from the market voluntarily by it’s own makers. And once it was recalled, Adpotrim became nothing more than a past thought.

Adipotrim XT was much like a venus fly trap. At first glance it looked enticing, safe even. But if more time is spent with the product, users may have found themselves dealing with something much more dangerous.

Today if you search up Adipotrim XT online, the first search results you will get are all in Spanish. Following those search results, you will get various others, talking about the voluntary recall that was made. More research still leads to webpages that have been discontinued and that are waiting to be sold. Once upon a time there was a product name Adipotrim XT, that made claims that it was true to its word. Today it is non-existent because what it was hiding from the public. Let this be a lesson, no matter what a diet pill claims, there are always other pills on the market that may be cheaper and more effective than what you are currently looking at.

It is for this reason that we recommend you look into other, healthier diet pills.