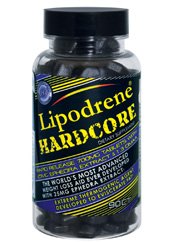 What is Lipodrene Hardcore?

It’s not often that a weight loss product like this actually glorifies its use of stimulants, claiming it is “hardcore” and that it produces extreme results. Not only is this offered but apparently this all comes without a crash while still acting faced pace and effectively.

So overall the product is meant to produce weight loss and a surge of flowing energy.  They claim it is the “worlds most potent aid for weight loss”. Lots of bold claims thus far, but what does the evidence say? Let’s distinguish fact from faction.

The company Hi-Tech Pharmaceuticals Inc is founded in Georgia and they market and sell their own weight loss products.

They came under fire by the FDA for having BMPEA, an amphetamine like ingredient that was not approved to be added inside supplements. They asked for an immediate resolve to this issue as complications could have arose within customers.

2 separate lawsuits one worth $16 million and another amounting to $40 million were placed against the company by the FTC for unsubstantiated claims made by the manufacturers. Apparently the ad campaigns and claims made of weight loss were considered not scientific and lacking evidence.

There’s vague buzz words describing what this product does. In fact most of the words used make it sound like some science experiment.  They mention technology inside works to help the body.

Overall the intention behind all the stimulants added is to help improve metabolism by increasing thermogenic effects. The same stimulants also intend to give energy which the makers claim it be present all day and finally finishing before bed. It’s supposed to give men a chiseled muscular look and women a muscular curved appearance.

What’s hard to believe is the claims of no side effects. Any quick search of the several ingredients(which we had to find from another website who sells this brand) show mostly stimulants who have shown a huge amount of side effects. In fact at least 3 of these ingredients are banned in certain countries as well as sports agencies.

The manufacturers do not have customer testimonials and no studies on this formula are provided.

There’s a flood of stimulants that have a high risk for potential side effects. In fact it’s very rare to see this many stimulants inside one product. Supplements not riddled with possibly over exerting ingredients are much easier on the body. Finding the right all natural product for safe and easy weight loss is no longer an issue.

-Ephedra Extract: Herb stimulant that works to enhance the heart, central nervous system and even lungs. It’s full non extract form is banned by the FDA as well as many government agencies for noted side effects.

-1,3 Dimethylamylamine: A stimulant that is banned by several government and sports officiating groups due to it’s reported side effects.

-Yohimbe: African tree bark that is also a stimulant that raises the rate of blood flow.

-Theobroma Cocoa Extract(Caffeine 200mg): A stimulant taken from cacao, used to increase blood flow and heart rate. Its stimulant effects are enhanced with the caffeine added.

-5-Methoxytryptamine HCL: Found in low levels within the body, this chemical works inside the brain.

Stimulants do have an effect on increasing energy.

One major thing is holding this item back from it being a useful supplement. It’s the stimulants. So many stimulants are added and many of them are banned by several institutions for good reasons. Some have been linked to deaths. Of course this product has a bunch of ingredients lumped together into proprietary blends. This also adds to the doubt as no one can know exactly how this cocktail will effect them. It could have more of one ingredient than others and of course each one plays different from person to person.

Also when using stimulants as a weight loss tool, results are typically short lived at best. Our bodies quickly adapt to an increase in stimulants and the positive effects on weight have been shown to vanish. Some actually experience a resurgence of weight gain after the stimulants lose their effect.

Hoping for weight loss on a company who has been targeted frequently for false campaigns is a risky decision. Not only have there been several lawsuits but this company added an ingredient that the FDA had banned from supplements. The fact this ingredient was added raises questions as to the companies concern for customer safety.

A lot of promises are made that this product is the most potent weight loss product. This fact may be concerning as the stimulants added can be overwhelming. In fact this stimulant cocktail does not reveal the full truth as it claims it does not have side effects. This opinion is not possible and a quick Google search will highlight this fact. It’s no wonder there are lies present when you look at the million dollar lawsuits brought on by the FTC and the repeat incarceration of the companies owner.

If it’s too good to be true then it most likely isn’t what it claims to be. A lot of claims are made that just aren’t supported by evidence. Take the stimulant free approach to all natural gains in weight loss.

Instead of being fooled by a bunch of fancy sounding words stick to what customers have used for real change. These supplements are fit to provide a powerful yet safe progression in the battle against weight.