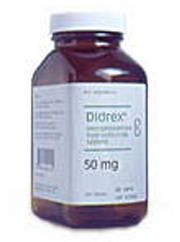 Didrex Review: Is It Safe?

An appetite suppressing prescription drug with the intended use for treating obesity in people with a high body mass index. It is intended strictly for short term usage as it can lead to physical overstimulation with an array of side effects especially in long term usage

It is officially known as a stimulant that changes the way your body chemistry works. People who take this drug are only successful if they reduce their amount of calories consumed in addition to increasing exercise. It is also highly recommend to track progress by checking in with a medical professional.

A Swedish company by the name of Pharmacia was the original maker, they are now owned by Pfizer. Pfizer is known for settling one of the highest criminal fines in their native United States of 1.3 billion dollars.

By working within the central nervous system, this blood pressure raising stimulant drug works within the brain by changing the way receptors take in information. It leads the body to believe it isn’t as hungry, but it is only useful in the short term as regular hunger levels quickly return. It is also unclear if reduced hunger may lead to malnutrition or other issues.

It can be effective for some people for moderate weight change but due to its habit forming qualities it is not recommended by the creators as a long term solution for weight loss. Many customers who have taken this drug have reported their appetite staying the same as well as numerous side effects listed by the makers themselves. Also studies have been formed that conclude the effect on the brain is not long lasting and hunger will eventually return

Only one sole active ingredient is found in this brand, which is Benzphetamine. This is considered a schedule 3 drug in the United States due to its habit forming qualities and bodily dependence.  There are all natural supplements that can aid you in your fat loss goals available for you now.

It is meant to be taken under close supervision from a doctor, which may be beneficial in tracking progress.

There is a reason why this drug is heavily monitored by US drug laws. It can be severely detrimental to people and weight loss is not a possibility without the added caloric restriction and exercise regimen.  You may end up doing all the heavy lifting while taking an amphetamine like drug that has several side effects.

Being that this drug is potentially habit forming makes it even less of a practical choice. During stages of addiction your body and mind begin to crave this substance, which can greatly diminish your quality of life. You have to make sure to spend countless hours figuring out a game plan with your doctor to make sure your body responds positively and you don’t become hooked. This ends up being a huge waste of your time and energy by focusing in on checking up to see how the drug affects you.

The clinical trials that were tested on obese people showed only moderate improvements and they also had to include diet and exercise. You can only take this drug for a short time span before it loses its possible weight loss benefits. Another reason for short term usage is the risk of addiction in the body and mind. The body takes this drug in similar to how methamphetamine is processed.

There is too much to risk with so very little to gain. You aren’t guaranteed anything and you still have to deal with the consequences of introducing an illicit substance in your body. Drugs like these have a number of potential side effects and they aren’t beneficial enough to potentially risk your well being. You not only are thrown into something that changes the way you think, but it can also change the way you feel in a terribly exhausting and time consuming fashion.

You end up wasting a lot of time to gain so very little in introducing this into your body. A real life controlled substance with the possibility for life threatening consequences. There is no reason to try this when all natural supplements that help in weight loss are so readily available for you.

You have several options that would greatly increase your body image and that won’t diminish your mind and body. Look after yourself and find other more suitable alternatives better suited for your overall health goals.