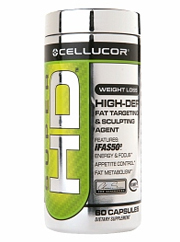 What is Cellucor Super HD?

Cellucor Super HD is just one of many products manufactured and sold by Cellucor, a company that produces a wide variety of weight loss and body building pills and powders. Cellucor claims that their Super HD product contains a variety of ingredients designed to work together to suppress your appetite and provide you with the extra energy you need to work out, shed pounds and feel great.

Of course, Cellucor is just one of many weight loss companies who promises to deliver a miracle drug that will help give you the body that you’ve always wanted to have. Can they actually deliver on this promise, or are they just another pretender? Let’s take a closer look at Cellucor’s Super HD product and see what we can learn.

Cellucor produces their own products. They are located in Bryan, Texas and claim to be revolutionizing the weight loss industry by allegedly performing extensive research and testing on all of their products. Cellucor provides several contact links on their official website, such as a phone number, Twitter profile, email address and even a live chat.

Users of Cellucor Super HD are instructed to consume one capsule in the morning and then another one 5-6 hours later in the afternoon. Users can add an additional pill per day once they feel like their body’s tolerance has been adjusted appropriately, but the Cellucor official website warns against taking more than three capsules in a single day.

Cellucor claims that their product contains ingredients with the capabilities to substantially boost users’ energy to assist in weight loss activities, but its ingredients are also allegedly capable of suppressing your appetite and boosting your metabolism as well.

Judging from user testimonials online, it’s inconclusive as to how effective Cellucor Super HD actually is. Bodybuilding.com named Cellucor Super HD as their 2023 “Fat Loss Supplement of the Year” and Cellucor’s official website contains several positive user reviews, but user reviews in less biased corners of the internet are mixed. While some users have indeed found the product to be effective, others have complained about middling and disappointing results, as well as some unpleasant side effects that have resulted from use of the product.

Cellucor claims that their Super HD product is made up of a “multidimensional formula” and several different blends of ingredients.

Cellucor refers to the first of these ingredient blends as their “Super HD Thermosculpting Blend”, featuring Green Tea, which is a natural metabolism booster, and something called Slimpro, which Cellucor claims to be made from natural ingredients and is allegedly capable of suppressing your body’s appetite.

Unfortunately, there isn’t that much information available as to what Slimpro actually is. The only source of information on the product seems to be Slimpro’s official website, which claims the product to be a fish peptide derived from Northern Blue Whiting Fish that is capable of suppressing your appetite. Slimpro claims that their product has been and continues to be clinically studied, but it’s unclear as to whether any of these tests have actually been performed on humans.

Cellucor Super HD’s other blend is known as the “Super HD Sensory Impact Blend”. This blend contains two ingredients that are unrelated to weight loss, but that the company claims to be capable of improving users’ memory, mental energy and concentration. These two ingredients are Amla Fruit Extract, or Indian Gooseberry, and Toothed Clubmoss, which provides the blend with the active compound Huperzine A.

Despite listing all of these ingredients, Cellucor’s official website offers little in the way of scientific explanations regarding how these ingredients actually help your body lose weight. With the exception of ingredients like Green Tea and Caffeine, which can affect your metabolism and appetite respectively, many of Cellucor Super HD’s ingredients seem to have more to do with boosting your energy and focus than with actually promoting weight loss.

While the Cellucor official website makes no mention of any side effects, users online have reported that the product makes them feel jittery, irritable and even very angry. Even more peculiar and troubling, some users have even reported that the use of Cellucor Super HD has prevented them from passing drug tests, leaving what seemed to be traces of methamphetamine and MDMA, which certainly calls into question what is actually in Cellucor Super HD.

Cellucor can be found for a reasonable price in various places online.

None of Cellucor’s claims about their Super HD product have been approved by the Food and Drug Administration. In addition to the company’s unapproved claims, Cellucor contains some questionable ingredients, such as the shady product Slimpro. Based on user testimonials, use of Cellucor HD can result in unpleasant, unadvertised side effects, and has even prevented some users from passing drug tests.

Cellucor Super HD actually seems to have helped some users lose weight, but others have reported the product as being relatively ineffective. While Cellucor Super HD may contain some popular natural ingredients, it also contains Slimpro, a semi-mysterious ingredient that Cellucor fails to provide any information about. Still, the most troubling aspects of Slimpro are definitely the side effects users have reported, as well as the fact that it supposedly can result in false-positive drug test results.

At first glance, Cellucor Super HD seems to be similar to a lot of other weight loss products currently on the market. However, many of its ingredients don’t seem to have anything to do with weight loss, and the product has some very unsettling and peculiar side effects. If those side effects don’t worry you, you may want to consider using this product to give you an extra boost of energy at the gym, but when it comes to actual weight loss there are far more effective products on the market than Cellucor Super HD.